Is It Time to Give Your Book a Facelift? by Tory Richards (Romance Author University)

This post mostly regards your backlist books, or any books you put out there that didn't exactly grab any interest for whatever reason. If there's anything I've learned since being published is that it never hurts to give your book a facelift. After all, if you're like most writers you spent hours, days, weeks, and months on your baby. God knows how many times you revised, edited, and read it over to make sure that it was as good as it could get. Then the day comes when you finally publish it.

As a reader the first thing that grabs my interest is of course the cover. If your book has been published for a while, or never really did well, think about a new cover. Maybe even a new title to go with that new cover. Update the content by adding to it. Did it have an epilogue before? As a reader I love an epilogue because it ties everything up nicely and gives you a little insight into the future for your characters. There's a lot you can do to give your book a fresh, new look, and grab interest.

The first thing I do when I decide on what book needs a facelift is that I unpublished it. Take it out of the public eye for a while. Remove it from my website and blog where it's grown sad and dusty. Then I take my time looking for the perfect new cover. If I decide to change the name then I'll actually republish the book. The important thing to remember is to mention on the product page that it's been previously published under a different cover, name or both. Mention there's new content if you added any. Let the reader decide if they want to purchase the new version, while at the same time gaining new interest from readers who may have overlooked the book before.

Recent examples of two books I've recently refreshed is A Soldier's Promise which used to be titled The Promise, and The Alpha Wolf's Mate which used to be titled Scent of a Wolf's Mate. Both received new covers. I updated the content as well as added epilogues to both books. Since putting them back out there, and promoting them, they have generated new interest and gone up in sales. Remember to update and freshen up your product page, too, with a new blurb and excerpt.

Something I do, as I'm sure other readers do, is that I tend to overlook an author's older books. Remember, ebooks remain on the shelf forever. After a while they may look a little outdated. The content, if a modern story, could definitely be outdated. The style of clothes, hairdos, some of the verbiage isn't so modern anymore. The last thing you want to do is publish your book and then forget it. All of your hard work deserves more than that.

I hope that you've found this information interesting and helpful.

He can't resist her.

She can't refuse him.

Lies will rip them apart.

As enforcer of the Desert Rebels Cole's job is to protect his MC. As a favor to a friend they take in a young woman who they think is trying to escape a crazy ex. But she's lying. When the truth comes out, so does trouble to the club. Cole wants Raven, but will their explosive attraction to one another be enough to overcome the deception, and give them both a chance at happiness?

Tory Richards is an Amazon bestselling author who writes smut with a plot. Born in Maine, she's lived most of her life in Florida where she went to school, married, and raised her daughter. She's retired from Disney and spends her time with family and friends, traveling, and writing. 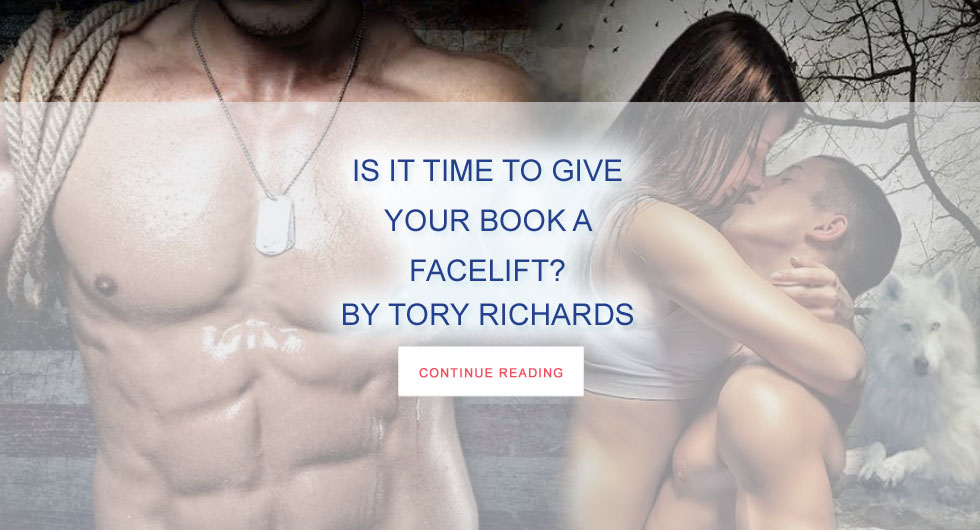