Thank you so much for hosting me on Night Owl Romance today to celebrate the release of LOKI ASCENDING! This is one of my favorite romance communities, not only because Tammie and the reviewers are so amazing, but also because the reader interactions are always fun.

LOKI ASCENDING is the third book of my contemporary paranormal romance series about sexy immortal Vikings and Valkyries. It’s the first book where the villain Loki truly appears on the page. He’s been the puppet master behind all the bad things that happened in the earlier books, but in LOKI ASCENDING he really steps into the big baddie role in person.

My Loki is based on the traditional (half) deity from classic Norse mythology. I grew up in Sweden and have always loved the old Viking tales. Most of the stories comes from the Poetic Edda and the Prose Edda, which were written by Snorri Sturulson in Iceland during the 13th century, several years after the actual Scandinavian Viking age. The written stories are probably changed from their original oral version, but then again, if a story is carried down through an oral tradition it changes with every retelling.

However, according to the Poetic and Prose Eddas, here are 5 things you probably didn’t know about the original Loki.

Hope you’ve enjoyed this short history of some of Loki’s shenanigans. Thanks for visiting Night Owl Romance and if you like Norse mythology, give LOKI ASCENDING and the Viking Warriors a try.

LOKI WANTS TO END THE WORLD

Only they can stop him—but at what cost?

Although Scott Brisbane is human, he's developed an inner warrior—a berserker that wants to claim Irja Vainio as his own.

Irja is an immortal Viking healer, but she hasn't used her true powers for centuries. The last time she did, someone close to her ended up dead. So instead she relies on medicine and science to protect her tribe while denying her feelings for Scott.

But the Viking warriors are falling mysteriously ill, and without magic, Irja's knowledge of healing isn't enough. When the trickster god Loki offers her a cure, it comes with a steep price that could cost Irja everything. She needs Scott's help, the man whose loyalty to the Vikings is unmatched, whose love for Irja cannot be broken—and whose inner fury has yet to be unleashed.

MORE IN THE SERIES

Originally a native of Sweden, ASA MARIA BRADLEY came to the United States as a high school exchange student, but decided to stay for the next couple of decades and add a few more degrees. She now lives in the Pacific Northwest. Learn more about the author at asamariabradley.com. 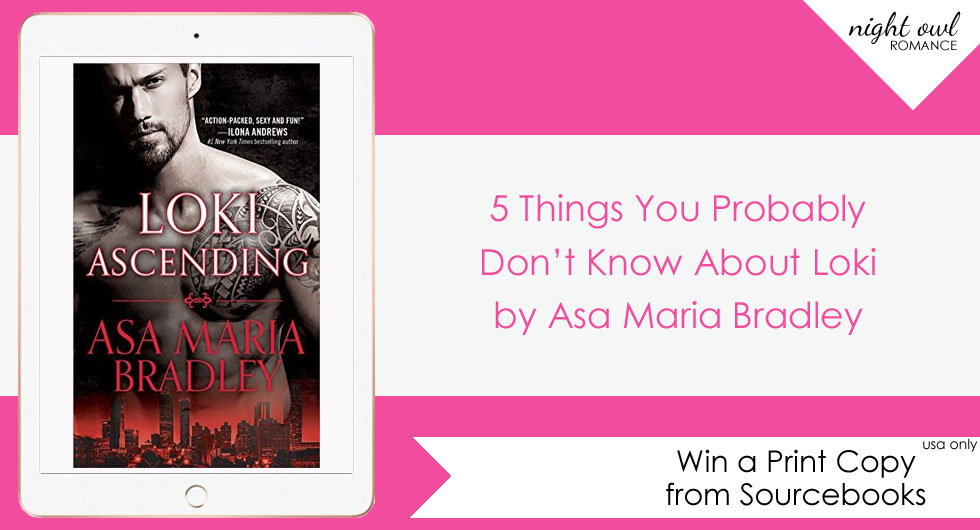