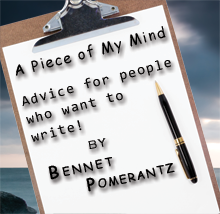 Licensing The Cash Cow - A Piece Of My Mind

1: an official document, card, etc., that gives you permission to do, use, or have something
2: freedom to act however you want to
3: the freedom of an artist, writer, etc., to change the way something is described or shown in order to produce a work of art
(Both defined by Webster Dictionary)

I have nothing against imagination and using other people's worlds. I have written and published a few pieces of fan-fiction in my day. My best known is Night of the Shylock...A Wild Wild West/Sherlock Holmes crossover story. It was written about 1990s time frame, which appeared in Power Star Magazine and reprinted in The Red Circle Magazine.

However, the idea of fan fiction has been around for years. For a fan of a show, novel character or a movie like Buffy The Vampire Slayer, Firefly, Star Wars, Star Trek, Quantum Leap, The Shadow, Doc Savage, James Bond, Dirty Harry, etc to create in someone else's universe was acceptable . Most of the fanzines of the 1990s were copies and printed on copy paper and sold at Science Fiction conventions. Some fan group are still active on the net writing fan stories.

Many science fiction writers like Christie Golden, AC Crispin, Peter David and others started writing fan fic and grew to write Star Trek novels for Simon & Schuster (A Paramount Company) in the 1990s and 2000s. George Lucus and Gene Roddenberry supported fan-fiction and creative minds involved. Nowadays Star Wars is owned by Disney and Trek is owned by CBS, so where does this leave fan-fiction?

The crux of this column is more about the Intellectual property (also known as IP) lawsuit with a Star Trek fan film, Axander. Some of the legal minds here might want to read the case here: Startreklawsuit. Like fan fiction before it, this is an independent fan film funded by more than $1 million in crowdfunding on Kickstarter and Indiegogo. The problem is this project like fan fiction which came before is that it’s NOT licensed by Paramount and its owner CBS who owns the Star Trek property.

When writing this column, I was talking to friends. A few asked me why I was concerned about this film. One said “Pomerantz, this isn't about writing!” I beg to differ. If you use the term PHRASER, it is a STAR TREK term. I don't know how many times I said glibly “Beam Me up, Scotty” another Trek term on my radio shows. With this lawsuit, are we opening a kettle of worms to branch out into fan-fiction, cute fan art combine universes and dare I say it, the expressions we use.

“Here's my stand on what CBS and Paramount are doing re Axanar. They have a right to protect their IP, of course, but they're going about this whole thing in an extremely ill-advised way. As with Trek novels, comics, etc., they should license fan films so they can be sold as downloadable content (and I think this goes for other franchises, too). It would generate millions for the studios and networks, would clearly be non-canon and would not stop a single human being from paying for the "official" Trek movies and TV shows.

Science fiction has a long and honorable tradition of fan fiction -- in fact, many of the top professional writers started out writing fan fiction -- and these fan films are the logical extension of that tradition....

CBS/Paramount views Star Trek as a money machine, and that drives their decision on what or what not to make. This is perfectly justifiable. But it's not what led Gene Roddenberry to create Star Trek, nor is it why Renegades or Axanar are being made. I think often taking a step back, gaining perspective and saying, "How can we create a win/win situation here?" is a good idea. It's what led George Lucas to not only allow Star Wars fan films, but to hold an annual contest recognizing the best ones.

Joy and creative freedom can bring many admirable things to light. Licensing content allows IP to be protected and fans to flourish and be part of the universe they love -- in an active and healthy two-way conversation.”

Note there is a STAR TREK movie Star Trek Beyond) coming this year (July 22, 2016) and planned Trek series for next year. So I see why Paramount and CBS is doing this. They are protecting the brand Star Trek.

In saying this, if you play in another person's universe from now on, be careful. I assume now it is Brave New World for writers. I think this suit will have an impact on the writing world regarding license properties, so Heads up!

Reach for the Stars!!

Note I used a couple articles for my research. Here are the links