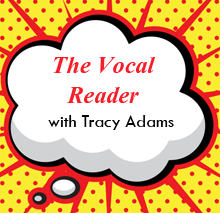 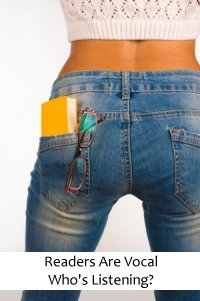 In a world where the written word of novels, authors and publishers are ever so changing and new genres such as Erotica Romance become the new age rockstars and old genres fall behind, its easy to find yourself as a reader consumed by all the hype. As a reviewer its easy for me to express my own opinions through the reviews that I write, but for readers alone it can prove to be a never ending climb.

Most recently I was approached by a large group of readers who were not only vocal in expressing their opinions upon my blog, but as well as expressing the frustrations with publishing companies when they sought to get those opinions heard! Its an age old dilemma and it is not that these companies desire to ignore the wishes of readers but time is of the emphasis and the workload can pile to the size of the nearest skyscraper for editors, assistants and authors. 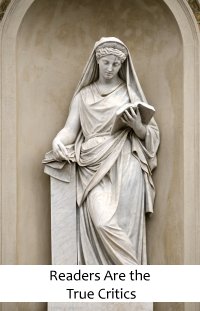 The most important thing I have learned in the most recent of years is that the readers can prove to be fatal to any author's career. Readers are the true critics making or breaking sells. With this in mind I conquered the task of creating a list of questions and then interviewed a large number of readers. If anything I was beyond surprised by the high intensity of spark that so many readers have for novels! Its astounding how passionate readers are about the written world, some literally mark the days of their calender for a novel while others will brave a snowstorm just to pick up the copy of a novel that they have been anticipating! One woman, I interviewed even drove over forty miles just to pick up a novel that she had been waiting years for! Readers are dedicated to novels and to the authors that pen these novels. However where there are positives there are also negatives. 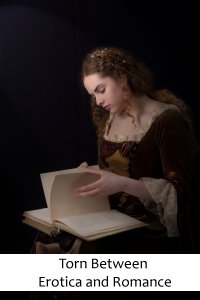 When the interview changed to that of Erotica novels readers felt torn between choosing behind the “the new and very offensive,”  genre as I quoted one reader as saying to that of the “forever lasting romance,” that most readers feel has disappeared from modern day books altogether. Though, the readers were torn in their selection between Erotica and Romance novels one thing remained in common, they all desire the hero to love the heroine with the firey, passion of true love and relatable struggles that affect the lives of today's readers.  For advocate romance readers the “happily ever after endings are a must.” Readers are like those of the past in a sense that they all want, “a hero that makes the heroine feel like she is the most important thing in his life,” “a hero that is out to love the heroine fully not just bed her,” and of course “the ending has to be happy like that of a fairytale,” because readers of romance want that fairytale like appeal even when the author has set the tone as contemporary.

As I turned the topic back to Erotica novels most readers said that they had read the genre, but were “weirded out” by the scorching, rough sex scenes and the “dominating heroes that saw the heroines as an extra score,” a bit harsh in reality. As a reviewer I have both loved and disliked Erotica titles, but I will agree that an open mind is key to reading such provocative material. Over half of the readers that I interviewed stated that Erotica novels were not something that they would read again, but some were not completely turned off but the engrossing sex scenes and overpowering heroes. “Its different, a turn-on to women, but what I find to be disappointing about Erotica books is that they are all the same, I want fresh, not repeats.” I quoted a reader from Michigan and mother of three who fell in love with such heroes like Christian Grey, but feels like now authors have only copied the famous Fifty Shades of Grey Trilogy rather then provide their own rules when penning their novels. 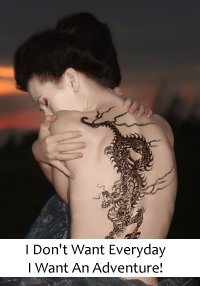 Lastly, together the readers and I battled through the Romance and the Erotica genres and landed together on a page that all could agree upon the, Paranormal line. The world of shapeshifter and vampire novels are changing. Dragon heroes have begun to overshadow the more traditional werewolf and vampires have begun a craving for consuming food rather then human blood. Vampires are no longer then creatures of night but are members of nightclubs, have modern jobs, but still crave the women that they love. “I want nothing more from a Paranormal book then to be captured by a dishearted vampire who is cold as stone to touch, but hotter then hell in bed. Don't give me lets set at the television and eat popcorn together, I can do that with my husband!” A woman from my native Ohio told me so bluntly when I asked her belief on the new generation of Paranormal novels. Another reader and close friend of mine agreed, “The whole point when reading Paranormal novels is to be swept off our feet by a vampire hottie who has witnessed old world culture and still carries that with him into the present, or a werewolf who has accepted the cruelness of fate without the need of over modernizing the hero.” 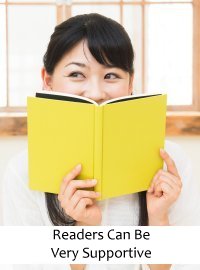 If there is one thing we all have in common as readers its the ability to know what we desire and what we despise in the novels that we read or those that we review. Readers are more similar then it is believed and they are willing to express themselves and what they expect out of both novels and authors and as I have learned throughout the interview they are not willing to settle for anything else. Its important to understand that readers are opinionated, but also very supportive of the marketing of books, both printed and Ebooks. Out of the number of readers I interviewed all had purchased some form of device to read Ebooks, but still purchased printed books as well. It isn't a battle worthy to be fought on the field, but rather a common ground shared that whether in print or an E format one thing is for certain, a novel that captures the reader's attention, their heart and is worthy of praise should be announced upon the highest of towers or amongst the comfort of friends and that alone speaks for itself.