A story world is not limited to alien planets and cultures in Science Fiction/Fantasy novels. The glitz and glitter of Los Vegas in a romance novel, a rural parsonage in upstate New York for a mystery story, the quirky coffee shop that’s the neighborhood gathering place, or the gothic mansion hosting a ghost all require the author to invest in creating a story world. 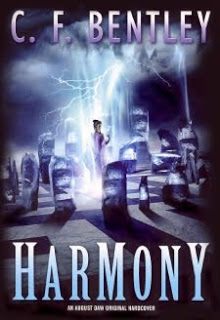 An author cannot forget characters and their attitudes as well as their costumes when creating a story world. Attitudes toward racial and gender issues, superstitions, religion, health and beauty, and politics changes along with vocabulary and hem length. Characters and how they react to their world, or being transported to an alien world, reveal a host of details that help convince the reader that the story is “real”.

Cover art and striking cover blurbs may attract a reader. A convincing story world that draws them in and enthralls them from start to finish keeps them reading.

When I start a project I pick one thing that is different. In my first book The Glass Dragon by Irene Radford, I had an idea. Dragons are born a dark pewter color, get more silvery as they grow until they are as clear as glass. I had to invent a world that would support these dragons and find an ecological niche for them. Then I needed to develop a culture that would either revere or condemn them.

I think in spirals when I’m world building. I started with the dragon and built outwards, their habitat and diet, their interactions with humans. Then onward with the government, culture, and religion of the humans.

I spent a lot of time and energy avoiding creating a religion. Probably I spent more time avoiding it than I actually did in creating a religion when I realized that every human culture has a religion. Our very secular approach to life in this century is unique and very modern. When humans first emerged as human they possessed language, fire, and religion. The only fantasy books I’d read without a faith of some kind are Anne McCaffery’s Dragon Riders of Pern series.

I came to this conclusion when I went searching for an appropriate epithet. Earth curses revolve around private bodily functions or consigning the object of the curse to a demon or a hell. Some societies get quite creative. “May you suffer the fleas of a thousand camels.” That is one kind of hell. Or “May your sister marry the son of a sewer alligator.” Another phrase for a demon. But most good old fashioned Anglo Saxon curses reference the deity or the opposite of same.

So I invented a religion. I’d inserted a family joke into The Glass Dragon about Captain Kirk violating the prime directive once again. From that I expanded three smuggling space jockey brothers into The Stargods. I got another trilogy contract out of writing their story. Each book added more details in my story world, gradually building a rich culture that I loved.

Closer to home, when writing an urban fantasy, cozy mystery, or gothic romance, the home or office, or even hotel becomes a story world. Not everyone presumes the living room is to the right of the front entry as I do, so you do need to have a map of the building in your head and specify where things take place. But what makes the spooky old mansion unique? Perhaps it is a Chinese Gong that the butler clangs to summon the family to rise, to come to meals, to greet visitors, or retire for the night. Sounds like a motive for murder to me. Does the threadbare carpet, draperies and upholstery belie the opulence of the grounds and exterior. In an office, the dominant piece of furniture is the desk. Is it stark chrome and glass, or a massive antique roll top? Whatever, let the desk reflect the personality of its owner.

In an historical, like my Merlin’s Descendants Series, I have to let the history dictate the world. From the iron age hill forts of 500 A.D. to the opulent court of Elizabeth I or the high energy of colonial America, I have templates, but again, I need to hone in on a few key differences from modern day that define the period. 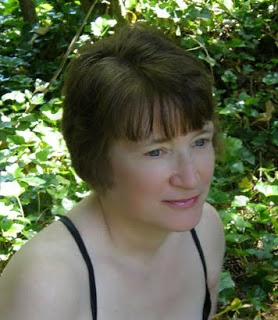 Have you ever read an historical where the only difference between then and now is the length of the dresses and substituting horses for cars? The attitudes of the characters come across as very modern, too. Think about cultural attitudes when building any story world. Gender differences, religious restrictions, xenophobia, reliance on magic, the presence of dragons? Whatever is right for your world should shine through, making all the details consistent. Connect the dots outward from your starting point in an ever-growing spiral, each one leading out of the previous one and all leading back to the wonderful starting point when you began the journey into your story world.

Moved over from the SFF Insider Blog to the Night Owl Reviews blog on 5/1/2010.