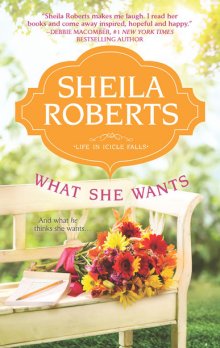 Enter to win a print copy of What She Wants and a Seattle's Best Chocolate Bar! Ends 4/12/13.

Update Your NOR Contest Passport ADDRESS - REQUIRED FOR ENTRY!

We often talk about finding Mr. Right. But what happens when Mr. Right is right under our nose and we don’t see him?

That’s the problem my hero Jonathan Templar has in my new novel WHAT SHE WANTS. Poor Jonathan. He’s not your typical romance hero.  He’s skinny and geeky and shy. But inside him is a manly man trying to get out. And that manly man better get out pretty soon if he’s going to win the heart of Lissa Castle who he’s been in love with since they were kids. Sadly, Lissa doesn’t seem to see him as anything more than a friend. She’s too distracted by his old rival, Rand Burwell.

None of his poker buddies are much help. They have no idea what women want. His pal Kyle is striking out with the office hottie, and Adam, well he’s self-centered and clueless. And the two older guys in the group are just as useless. What’s a guy to do? How does he go about changing from dud to stud?

I had so much fun writing this book, and I have to admit, I’m more than a little in love with Jonathan. He’s no Heathcliff or Count of Monte Cristo. He doesn’t have a six pack. But he’s got the attributes of a true hero. He’s kind and loyal and loveable. And determined to do whatever it takes to win the heart of the woman he loves. In fact, I think he’s very much like a lot of men who we often overlook.

Sometimes we fail to see those really nice guys because we’re so busy drooling over the sexy, flirty ... jerks, who wind up breaking our hearts. I still remember trying to console a very nice guy a few years ago. He wasn’t the hottest specimen on the planet but he wasn’t ugly either. He was just ... average, and a little shy. And a lot frustrated, because the women seemed to overlook him in favor of those sexy bad guys. He just couldn’t understand it. Here he was, ready and willing to make a woman happy when the ladies all looked right past him and drooled over Mr. Bad. Frankly, I couldn’t understand it, either, because Mr. Bad really was a bad choice. He was a mean kind of macho and, although he could flirt with the best of them, he really didn’t respect women. But he was buff and cute and a babe magnet. Meanwhile, Mr. Nice stood on the sidelines, grinding his teeth. Sick. And. Wrong. So maybe, when I first got the idea for this book, my shy friend was at the back of my mind, saying, “Give me a voice. Please.”

I hope you’ll give Jonathan a chance and join him in his journey of discovery as he works on transforming himself into the kind of man his woman wants!

Sheila Roberts is married and has three children. She lives on a lake in the Pacific Northwest. Her novels have appeared in Readers Digest Condensed books and have been published in several languages. Her holiday perennial, On Strike for Christmas, was made into a movie for the Lifetime Movie Network. When she’s not writing songs, hanging out with her girlfriends or trying to beat her husband at tennis, she can be found writing about those things dear to women’s hearts: family, friends, and chocolate.