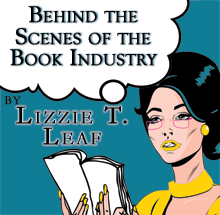 New York Journal of Books Interview - Behind the Scenes

This month the New York Journal of Books has agreed to answer questions regarding book reviews by literary review sites and how books are chosen to be reviewed.

Ted Sturtz, Founder, established New York Journal of Books, LLC, during an extended break from a long career in finance. As an investment banker, Ted covered media companies, including publishers, for ten years. He ghost-authored a business-category book released in the fall of 2009 that received numerous highly favorable reviews. Ted majored in fiction writing as an undergraduate at Brown University.

The rest of the Senior Staff consists of Rhonda Sturtz, Publishing Director, Lisa Rojany Buccieri, Publisher and Editor in Chief and Shane Voda, CTO. In addition, they have brought together a large team of reviewers. 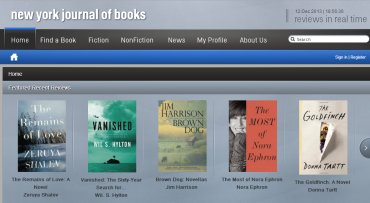 How did New York Journal of Books come about?

NYJB’s founder felt that quality book reviews were disappearing from print and that online substitutes were generally not of the same quality. He established NYJB and collaborated with partners who had complementary expertise to initially launch NYJB on a beta site.

What genres and/or sub-genres are considered for review?

NYJB‘s mission is to expand book review coverage in various ways. The review seeks to both cover far more books in a genre than is typical of most mainstream reviews, to cover books by debut authors or those published by tiny presses that often get little attention, and to expand into genres not widely covered by mainstream reviews.

Are reviewers screened or just sign up to review? If you do screen reviewers what is the criteria to become a NYJB reviewer?

Reviewers are carefully screened. It is only a fraction of applicants who are accepted. Professional credentials, as opposed to a degree or a lifetime as an avid reader, are required. Sample book critique is also carefully reviewed. Criteria for assessing a sample review are not formulaic and assessments may vary based on the genres in which an applicant is qualified to review. 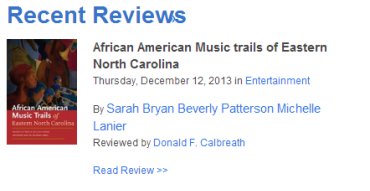 How are books selected for review?

NYJB admin are surveying upcoming titles nonstop. Again, there is not a formula. Books chosen are extremely diverse, even within a genre. Books are never simply assigned to reviewers. They are suggested, so that a reviewer is part of a book’s natural audience. Many reviewers also find upcoming books on their own. With hundreds of reviewers on the lookout for compelling new titles which they have credentials to review, NYJB has an army of “boots on the ground.”

I know you work with the large publishing houses, but do you also offer reviews on books from small publishers? How does a new publisher get their books considered for a NYJB review?

NYJB is just an email away. We encourage small publishers to email our offices with information about upcoming titles. This notification alerts us to what’s coming and enables us to include it in the offers we send out regularly to the review panel.

How frequently are new reviews published?

We publish new reviews almost every day on or close to date of release. The number of reviews varies by season and also Tuesday/Thursday and the first of the month are the big days for new releases.

With so many authors (some well know names) going to self- publishing, does NYJB review self-published books? If not, do you anticipate doing so in the future? What guidelines would you implement if you move in that direction?

Generally, we do not consider self-published titles for review. We do not have the bandwidth to manage the avalanche of review requests that would flood our offices, nor to vet books that have not at least been screened, albeit not perfectly, by a third party publisher. However, NYJB does consider self-published books by authors who have previously published traditionally, as long as these books have been professionally edited and proofread. NYJB is considering reviewing self-published in the future through a separate process, but no definite plans are yet in place

Given that a lot of print magazines are also jumping on the e-Zine bandwagon, are there any thoughts of taking NYJB to print at some point in the future?

Absolutely not, we are online only. A major consideration in founding NYJB was to fill the hole that had developed through the closure or shrinkage of print reviews that are no longer economically viable in today’s publishing world.

We have a heart and a social conscience. We are always eager to partner in furthering a worthy cause if we can in some way tie this to books.